Social media is one revolutionary trend in the 21st century and human beings been trend inclined have not hesitated in jumping on it as well as the trend it has developed overtime. The rate at which social media has increased ecommerce development so far has been massive. A lot of individuals from the convenience of their various houses have made effective use of the traffic that most social media platforms receive by using them to promote their various businesses. Thanks to the page feature on Facebook, the hashtag feature on Instagram and Twitter, many individuals have been able to promote their various businesses, goods and services.

Despite the level of development social media has brought, research has shown that a number of individuals have not been able to fully utilize the opportunities presented to them in a bid to market or promote their businesses as a result of these mistakes.

Many individuals usually jump on social media because of the traffic it receives without consulting any SEO agency or any expert for assistance or advice or suggestion. These are a very wrong move as this will cause you to operate with little or no direction. Besides consultation, some individuals make the mistake of not making any form of research to determine what social media platform would be most suitable for their business, the features of the various social media platforms, the social media platform that will most likely have their target audience amongst a host of other features.

Just as I stated above, many individuals do not understand some of the features of a lot of these social media platforms. One of the most misconceived feature particularly on Twitter and Instagram is the hashtag feature. Many people have really abused this feature such that it would have sued a lot of individuals to court if it was a human. It is funny how people tend to jump on hashtags without fully grasping their essence. Worse off, they even go ahead to create hashtags in a bid to promote their business. For crying aloud, hashtags are open conversations that a lot of people who are not your followers can be part of. In other words hashtags shouldn’t be personalised, that is why they are called open conversation.

Social media marketing and marketing in general comes in a number of stages. At some point, these stages will likely go two ways. It starts with a zealous individual trying to promote his brand. After that, he then encounters the usual problem of slow progress if no progress at all. One of the ways his path may follow will be the path were he gives up or nearly gives up on social media marketing. This will reflect in the frequency of his post. It is very important to note that most marketing strategies hardly pay immediate dividends and as such slow progress especially at the onset should not cause you to be dismayed.

One of the major causes of the above mistake is the fact that most individuals new to social media marketing tend to flood their timeline with too many posts. The frequency that they use in posting is outrageous. This shouldn’t be so, because by doing so you’re seeing your targeted audience not as humans but as machines. Human beings need time to digest every bit of information they receive and flooding them with too many information will most likely cause them to only remember the most recent of your post. That doesn’t mean you should post once in a decade, twice a week should be okay.

Ineffective use of Words, Visuals and Audio-Visuals 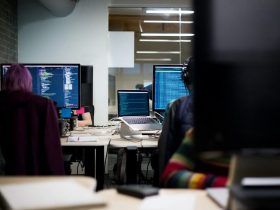 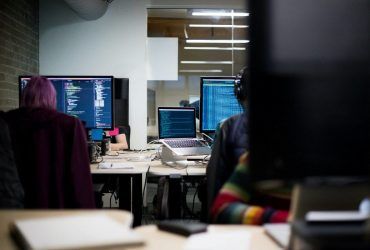 Posted by By admin 9 Min Read