What is Iliotibial Band (ITB) Pain? Who are at risk?

Iliotibial Band (ITB) pain is the most common cause of lateral knee pain in runners, it is responsible for 5% and 14% of injuries related to running. Iliotibial band pain is more commonly seen in male runners (50-81 percent of runners suffer from ITB pain) than female runners.

The pain is confined or localized over the lateral femoral condyle when the knee bends and extends over an arc of 25 -35 degrees of knee flexion. It is called the impingement area.

When the tensor fascia latae musculature is loaded eccentrically, such as in downhill running or stair descent, the knee pain is reproduced because, at that time, the hip extends while the knee flexes. Runners who experience acute ITB pain describe a feeling of acute, sharp pain that requires discontinuation of running.

Mostly Running injuries are training load injuries. Runners who speedily increase the amount of running that they do, especially downhill running, are at risk for developing ITB pain. Running with a higher amount of hip adduction or running with a narrow steps width (as during running on a narrow trail) increases pressure in the Iliotibial Band.

The most important thing is that the runners can have is the running biomechanics and a relatively small tissue capacity. However, an injury will not happen without a quick and relative or significant increase in the applied training loads. Once a runner is injured, their capacity to carry loads will decrease significantly, and the pain can be felt even during harmless (gentle) activities, such as steps decent.

Running enthusiasts temporarily stops running once iliotibial band pain occurs. This reduces irritability. However, the iliotibial band and runner unknowingly lose even more load capacity because the runner avoids loading the ITB (Also referred to as stress shielding). The runner is then deceived or fooled into thinking their injury is less severe or better.

Since the runner is eager to get back to running, a sport they love, their return to running process is not that smooth (rushed). The runner repeats the same mistakes in the training, which initially caused the injury. Therefore, this cycle is repeated, resulting in a continued loss of load capacity.

Iliotibial band pain is diagnosed based on the medical history of the patient, like a recent relative increase in total running capacity and downhill running. But still, it is also a diagnosis of exclusion.

Imaging is generally performed to rule out other conditions and is not specifically diagnostic for ITB pain. Other causes of lateral knee pain should be excluded, these include:

Ober test was described by Frank ober to detect tightness in iliotibial band and tensor fascia latae. The Ober test is the most common physical examination test performed on suspected IT band pain patients.

The negative and positive likelihood ratios aren’t known for both versions of the Noble Compression test. So take care when using both these tests. In other words, it is best to take your time when interpreting the patient’s history while ruling out other possible causes of pain.

Is the Pain is Due to Hip Weakness

Weakness in the isn’t an indicator of whether someone will develop ITB pain, but people suffering from ITB pain have weakness in the hip. This indicates that iliotibial band pain causes hip weakness.

Also Read: Healthcare: Does It Pay to Go Private?

The compression of the densely or highly innervated soft tissue between the ITB and the lateral condyle of the femur results in an inhibition of the proximal muscles, resulting in a maladaptive strategy to lessen compressive forces acting on the tissues beneath the iliotibial band. Still, strengthening of the hips seems to be an important component of rehabilitation for iliotibial band pain.

What is Hard Seltzer?

Parenting Goals You Can Achieve in 2022 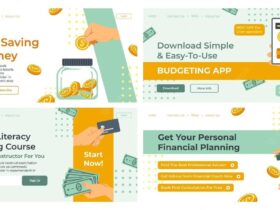 The Simplest Ways to Save Money on a Budget

Maintain Better Dental Health – Qualities A Dentist Should Have